We have worked som more on the inclinometer or camper-leveler.

This gadget is intended to solve a problem most freecampers have encountered – how to get the rig level without running back and forth with levelling blocks and jacks. Mount this device on a flat surface inside your rig, connect to the SmartCamper panel and get exact instructions for how mutch to rise wich end(s) to level your rig!

The programming are getting more mature and we have decided to use the MPU-6050 6-DOF, an ESP8266 and a OLED display for the first prototype. We have also used our 3D-printer to print a small case for the leveler. The ESP8266 will be exhanged for a ESP32 at a later stage to be able to select a connection even via Bluetooth.

If You like this project or have any suggestions or questions – Please leave a comment or send us an eMail !

We have added a GPS, a 9DOF gyro and some environmental detectors to our system based on Raspberry Pi 3 B+ running Raspbian (Linux). The front-end (dashboard application) are made in Node-Red and displayed over WiFi on an Android tablet mounted on the dashboard of my car.

Data from sensors are distributed over WiFi or directly to a MQTT-server on the Raspberry and stored in a SQLite database on a USB-memory stick if necessary. Several small programs are made in Python or Javascript to handle data from the sensors and the MQTT server. 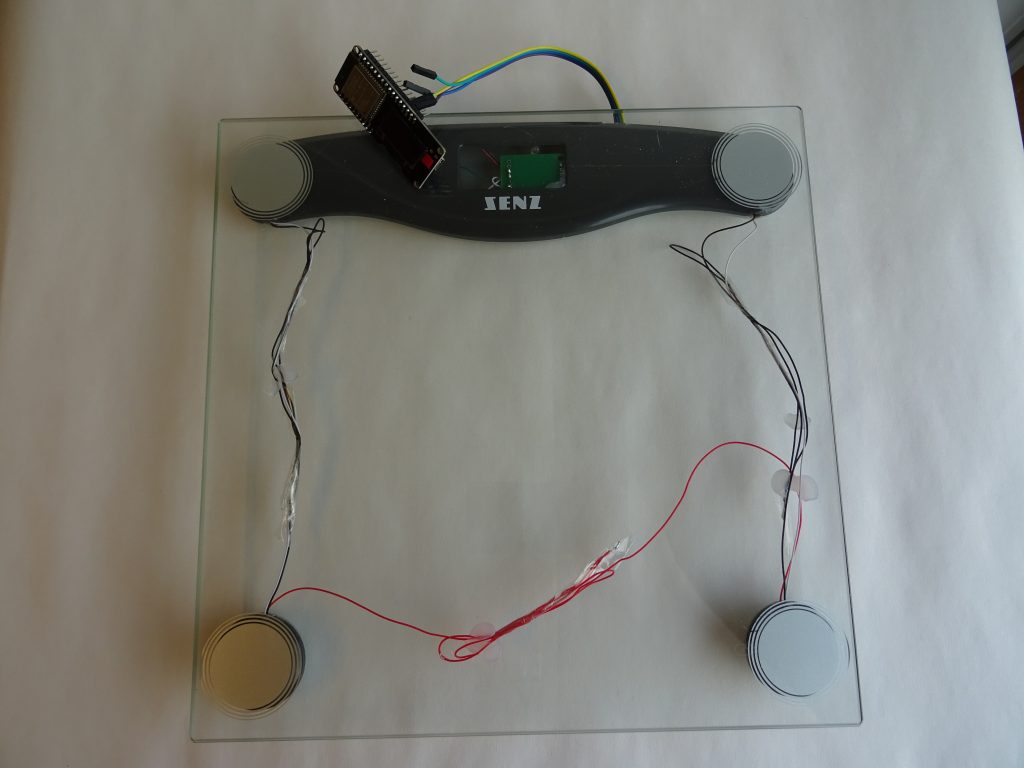 We have made a prototype weight for the gasbottles via a modified bathroom scale and an ESP32 with a small display. We can read the persentage left in the bottle on the display. The small ESP32 communicates via WiFi to the Raspberry Pi and we can monitor consumption and make some qualified guesses for how long the bottle will last and a lot of other statistics if we want. 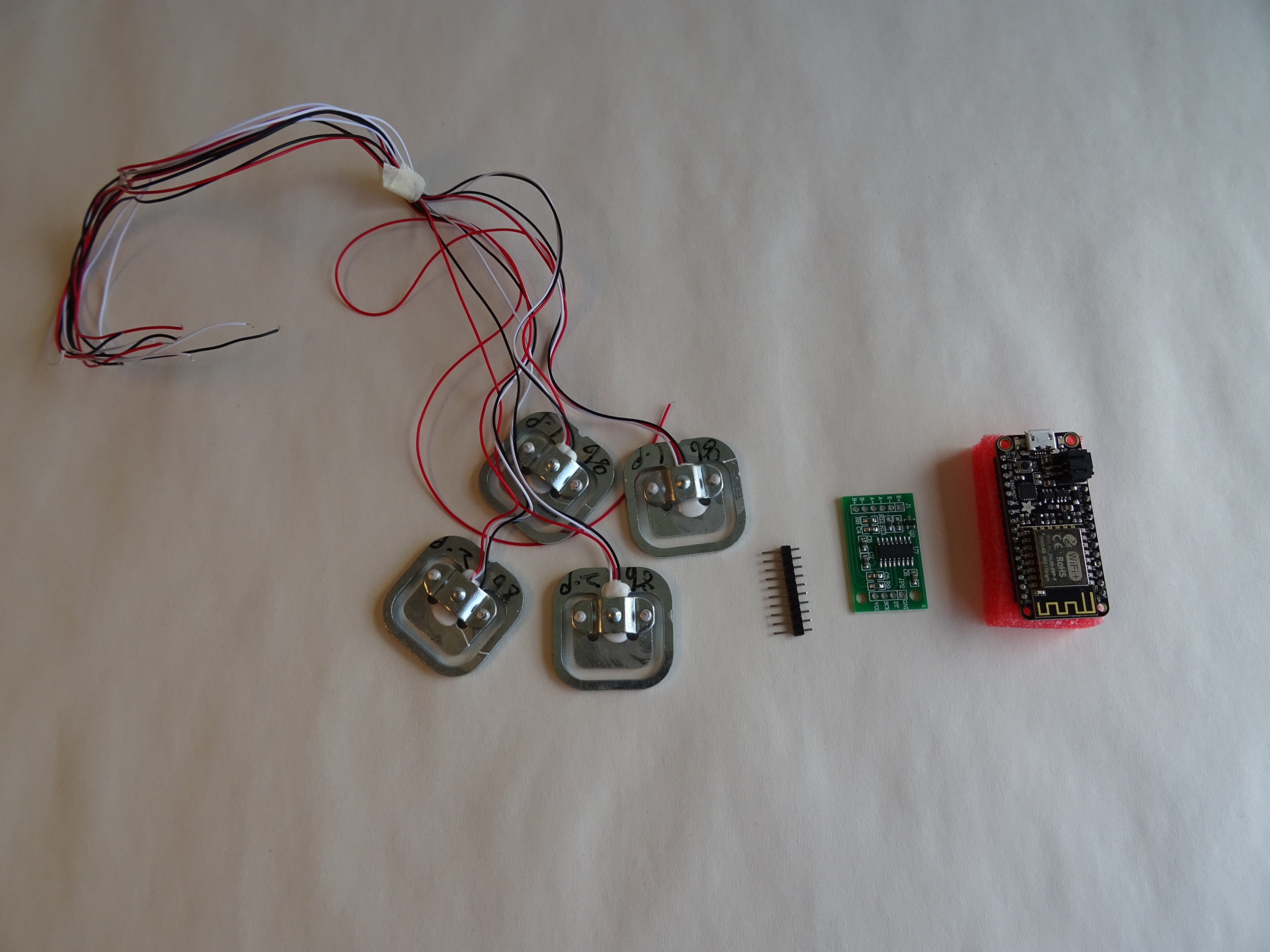 We are also experimenting with a 9DOF (currently based on BNO055 but it seems to require a BNO080 for better presition) connected to an ESP32 for levelling of our motorhome. We are for the most part using freecamping sites where the ground seldom are straight and level…. The ESP32 runs as a WEB server (using Flask) and we have a graphical display on the phone or tablet showing wich wheels are low and by how much they need to be rised.  Much like the gyros on the dashboard for ofroad cars, but with better resolution.

The 9DOF and ESP32 are seen to the left in the picture below. Again communicating over WiFi. 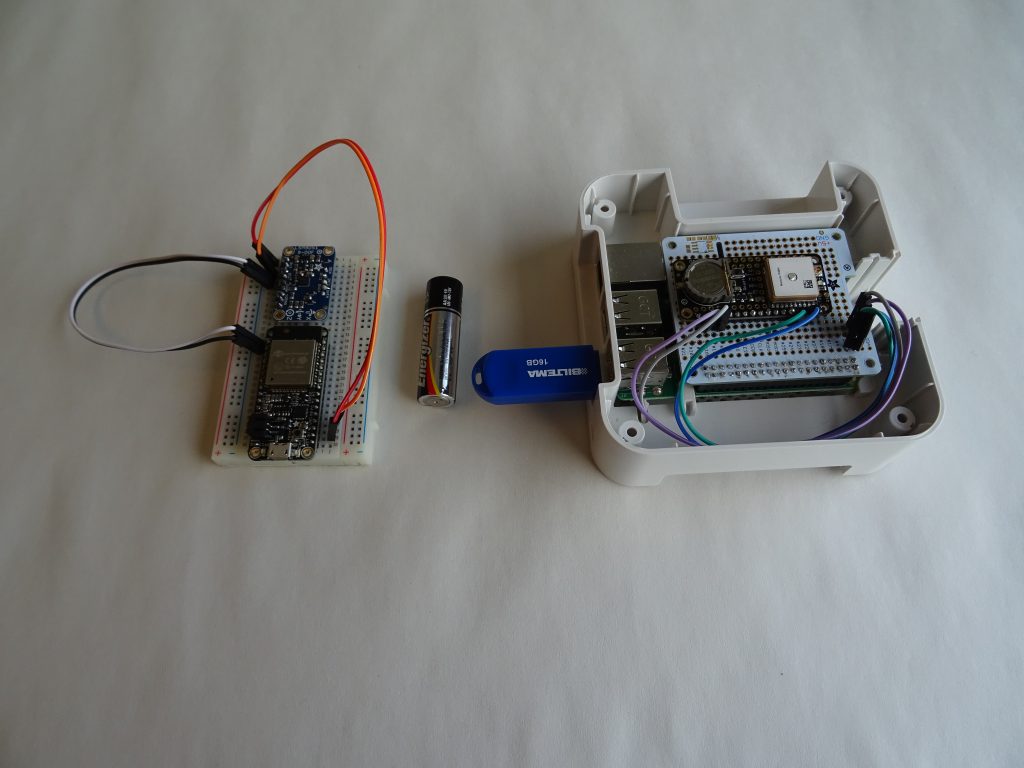 We will test out the SmartCamper projet using Raspberry Pi B+ and several ESP32’s with different sensors in our testbed. Will post pictures and information as we progress! Looks like a mess, but as of today’s testing of Home Assistant running on a Raspberry Pi B+ : 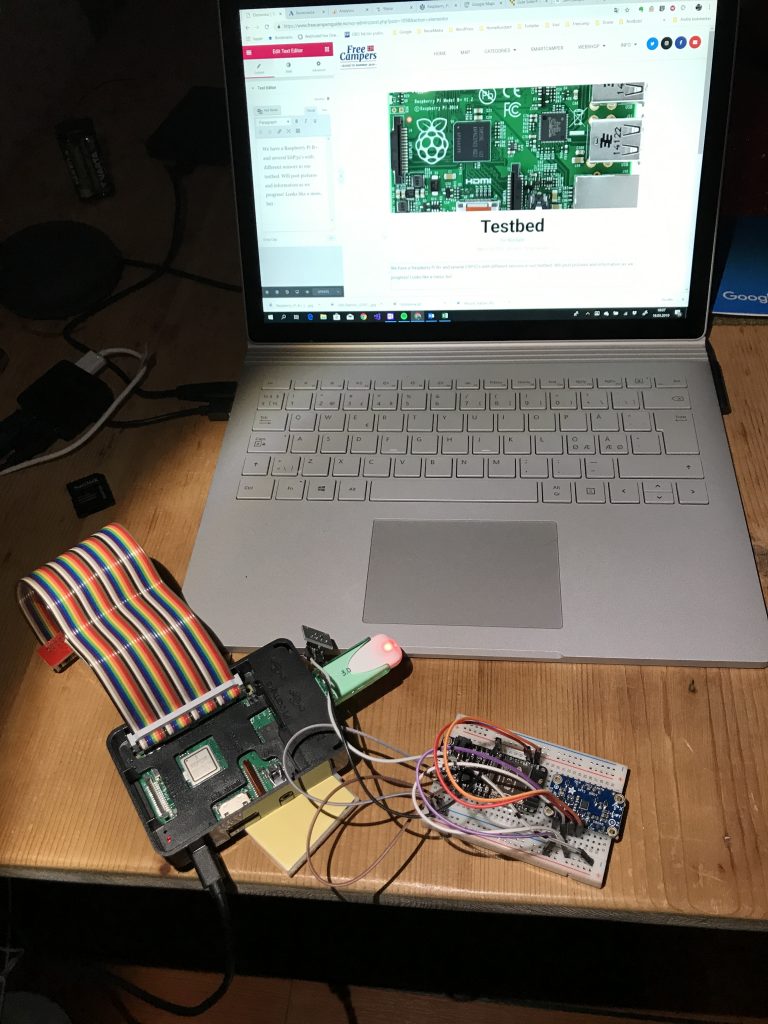 You will also see the editor for WordPress on the screen in the background.

A modern motorhome or camper trailer is a home on wheels and a large investment. Why not treat it as you would your home with alarms, monitoring and other system to protect your investment. Considering both home and vehicle aspects of a system i would personally want to monitor, control or have the following features:

Since this project is primarily a DYI project, it is important that both software and hardware are cheap and readily available. It is also important that the “products” are well documented and preferably has an active user community online.

We have evaluated several hardware and software systems like “Blynk” and IoT systems from the big players like Amazon, Google and MicroSoft. As of today it looks like we will fall down on Home Assistant on Raspberry Pi and Arduino IDE on ESP32 as products for further experimentation.

Home Assistant are an open source home automation software system that puts local control and privacy first. Powered by a worldwide community of tinkerers and DIY enthusiasts. Perfect to run on a Raspberry Pi or a local Linux server. It is well integrated with other IoT systems and has a WEB interface for visually controlling our gadgets.

ESP32 are a cheap but verry capable microcontroller. It is engineered for IoT applications and has WiFi and Bluetooth capabilities built in combined with an ultra-low power consumption. It is also supported in the Arduino IDE for easy software development. Arduino are a defacto standard for DIY automation projects.